An Artificial Revolution on Power, Politics & AI by Ivana Bartoletti

The Guardian's John Crace will be joining Ivana for a lively discussion on some of the most crucial issues of our time: Artificial Intelligence, power and the politics and geopolitics of data.

The audience will be able to submit questions throughout the event.

You can register for the event Here 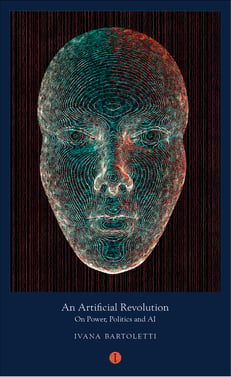 Think of AI and it conjures up futuristic images of driverless cars and talking humanoid robots; a sci-fi version of a utopian society, some way into the future. But what of now? Most people are unaware that AI is already creating a dystopian present. Its unparalleled transformative potential to reshape our economies, our society and our working lives has accelerated its rapid growth but is taking place without sufficient legal scrutiny, international oversight and public debate.

AI currently sees civilisation broken down into algorithms, with policy- making decisions being made by data aggregates and coding theorems. This leaves results open to ‘algorithmic racism’ or ‘algorithmic chauvinism’ - we are sleepwalking into a future written by algorithms which encode racist, sexist and classist biases into our daily lives. Leading AI expert and policymaker Ivana Bartoletti argues it is an issue that requires systemic political and cultural change to productively address.

AN ARTIFICIAL REVOLUTION brings to light the reality of the exponential advances being made in artificial intelligence. From the low-paid workers who toil to train algorithms to recognise cancerous polyps to the symbiotic relationship between AI and right-wing populism, Bartoletti explores the urgent existential threat that artificial intelligence poses to international social justice in eight chapters, each one a call to arms:

Challenging the Sanctity Of Data
Algorithms and the Rise of Populism
AI as Control
Reshaping Labour
Why Don’t We Have an Anti-AI Movement?
Oppression and Resistance
The Ethics Industry

Insightful and thought-provoking, AN ARTIFICIAL REVOLUTION is a much-needed primer on the intersection of technology and geopolitical forces shaping the future of civilisation. Bartoletti’s riveting analysis of the current AI landscape, its potential and its pitfalls, is essential reading for us all.

‘An absorbing and thought-provoking analysis of how technology is transforming our life, and a simple message: workers are far more than something for algorithms to hire or fire. AI holds promises and can make our life better but only if we, citizens, workers and trade unions are involved in the conversation.’ Frances O’Grady, General Secretary, TUC

'A powerful wake up call. The link between AI, data and power can no longer be ignored, and, unless we take action, society's injustices will be written into all of our futures. Tech should benefit everyone and Bartoletti's book argues passionately for how it could and should improve our burning planet.' Ayesha Hazarika

‘You can’t enter the 20s without reading this book. It hurls a log into the path of the thunderous express train of technology. Bartoletti cuts through the hype of AI and gets to the nub of the problem: data violence. It’s an angry book about the power politics of tech advancement where human rights and personal freedoms are mere collateral damage. Her feminist gaze is sharp on male technocrats using tech tools to manipulate and persuade politically. It is a tale of algorithmic injustice against women, ethnic minorities and people of colour. To say that it is thought provoking would be an underestimate. I am still reeling from its power’ Noel Sharkey, Professor of Artificial Intelligence and Robots, and Professor of Public Engagement, University of Sheffield '

An essential read. At a time when we are fighting to put our environment at the top of of the political agenda, Ivana Bartoletti lucidly demonstrates how another future for our digital environment is possible.' Mete Coban

'Ivana powerfully exposes the reality of data discrimination and online targeting in society and the danger of AI, as a result, becoming our master not our servant. She also clearly outlines the radical changes to power structures and culture and the embedding of ethics which are necessary in finding the solution.' Tim Clement Jones, Chair of the House of Lords Select Committee on Artificial Intelligence and Co-Chairman of the All-Party Parliamentary Group on Artificial Intelligence

'Bartoletti exhorts us at all times to bring our human intelligence to bear on the potentially dystopian power structures behind AI, writing with clarity, expertise and passion.' Paul Mason, writer & broadcaster

‘Bartoletti demonstrates the potential for artificial intelligence to encode discrimination of all kinds into algorithmic patterns. Technology can improve our lives, but to harness all its positive potential, she rightly and powerfully insists on public accountability and scrutiny.’ David Lam

Ivana Bartoletti works, writes, and speaks on privacy and digital ethics and work with companies in the UK and globally. She is Chair of the Executive Committee of the Fabian Society. 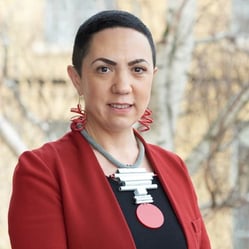 Ivana was awarded ‘Woman of the Year’ 2019 in the Cyber Security Awards 2019 in recognition of her growing reputation as an advocate of equality, privacy and ethics at the heart of tech and AI. She is a sought after media commentator on headline stories where the tech economy intersects with privacy and data law and politics, and has appeared on BBC News and Sky News as well as in national newspapers and publications.

In May 2018, Ivana launched the Women Leading in AI network, an international lobby group of women advocating for responsible AI. The network’s 2018 report garnered mass interest from tech leaders, international institutions and the media. Ivana
is also Co-editor of the Fintech Circle’s AI Book on how AI is reshaping financial services.

Here is your Global AI Events Calendar where you can meet the Inspired Minds community of business leaders, heads of government, policy makers, startups, investors, academics and media.