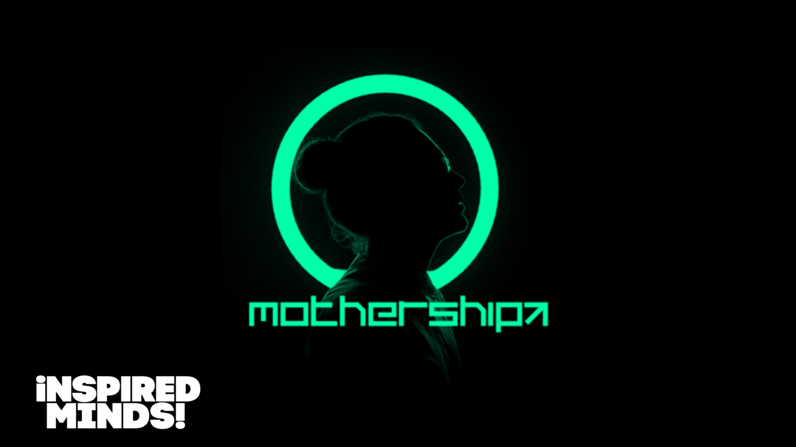 The Mothership features over 400 hours of audio and on demand content, masterclasses with world leaders in Health, Climate, Education; and the power of emerging technology and Artificial intelligence to accelerate progress in each of these areas.

The app will also feature CNBC’s big tech contributor, Alex Kantrowitz as the host of the Mothership channel AI.TV™ interviewing heads of government, business, startups and big tech pioneers from around the world.

InspiredMinds has a community of almost 200,000 users and subscribers from 169 countries globally built up since 2017 as a result of the market leading World Summit AI, World AI Week, Intelligent Health and TMinus30 Climate summits.

Shareholder and former Apple Chief, Chris Broad commented “As a valued partner of the United Nations, WHO, NHS and EU AI coalition, Microsoft, Intel, Amazon, Accenture and IBM - InspiredMinds has become the world leader in bringing together interdisciplinary audiences in emerging technology, it’s the logical time to transition these influential users onto the digital platform Mothership.”

Paul Thandi, InspiredMinds board advisor said “InspiredMinds is in constant dialogue with its community and customers, from Accenture to Microsoft, IBM to Intel the feedback has been resounding: Mothership is what they wanted, a way to access the award winning content from the team in an on demand format, and a way to connect with some of the most influential people in AI from all over the world.”

Vidya Gunapala, Chief Content Officer said “Mothership will host live events, city led meet-ups and 121 meetings using an algorithm that matches users based on personas - we are testing the first phase of users at our flagship Americas event world summit ai in a few weeks with the support of our sponsors Amazon Web Services and Intel AI, it is a very exciting time in the growth of Inspired”. 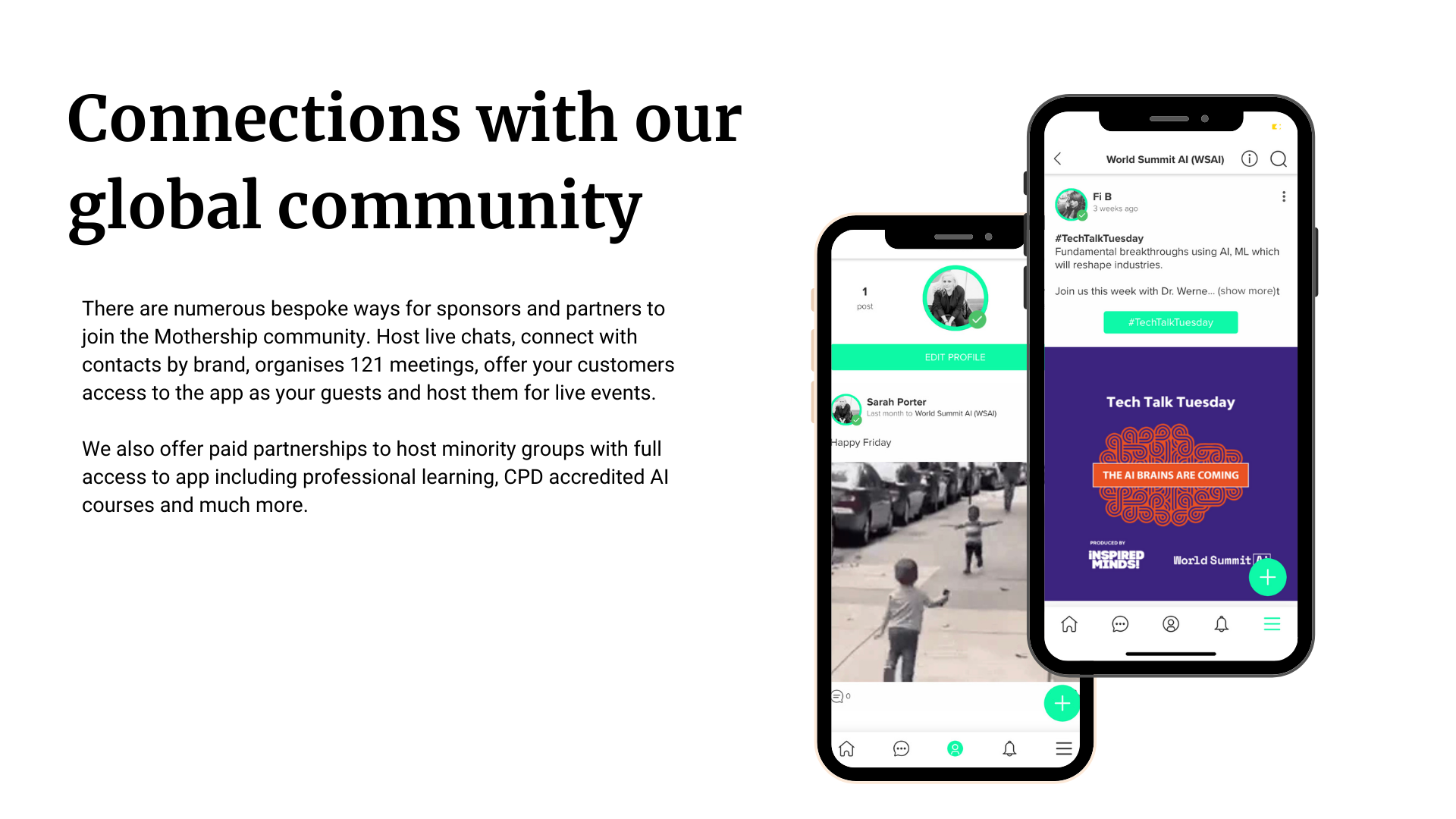 With over 200,000 community members in AI and emerging technology globally Inspired Minds is the worlds first AI omnichannel of digital meet-ups, online content and the largest AI technology summits globally.

Launched in 2016 by Sarah Porter InspiredMinds aims to make emerging technology more inclusive, diverse and available to all.

Organisers of the world leading World Summit AI www.worldsummit.ai and Intelligent health www.intelligenthealth.ai the worls large community of clinicians in AI and medicine, InspiredMinds includes a portfolio attracting in excess of 45,000 attendees from 167 countries every year. Guided by our values, we aim to deliver excellence in every area in which we operate, with a diverse and inclusive community being our number one priority.

InspiredMinds is the leading AI and Health technology community globally with a presence in Amsterdam, Montreal and New York, the InspiredMinds Foundation and Tminus30 are not for profit initiatives that work to ensure that the development of technology is diverse, inclusive and benefits all. The groups campaigned against Trump in 2017 to overturn the travel ban that restricted the all girl Afghan Robotics team from attending the Washington DC robotics championships, and formed ADA-AI a counsel of world leaders in AI including Prof Gary Marcus, Prof Joanna Bryson, Luciano Floridi, Virginia Dignum and many more world leaders in AI.

Sarah Porter is CEO and Founder InspiredMinds. With over 20 years experience in tech and media startups and acquisitions she is a serial entrepreneur with extensive experience of launching large scale tech summits including technology for marketing, world retail congress and she led the acquisition and geoclone of Money 2020 to Europe in 2015.

Vidya Gunapala is COO InspiredMinds and has over 18 years experience in research, editorial and market analysis in the health care and pharmaceuticals.