AI Regulation is imminent: Does your business have an implementation strategy in place? 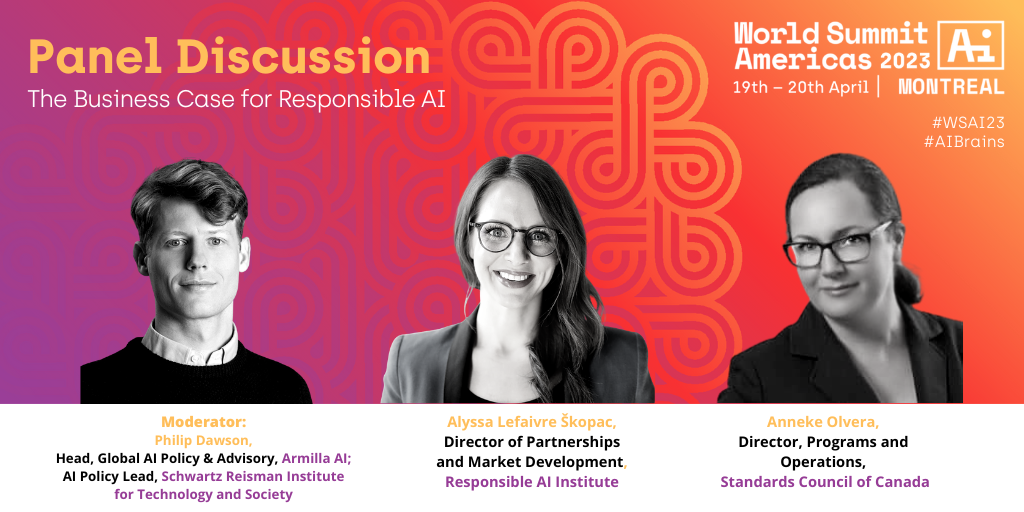 Responsible AI is no longer optional and it is critical that the use of AI should match our values and understanding of best practices.

Consumers and businesses are far more likely to use, trust, and engage with technology if they know it is developed and used responsibly. Companies that don't engage with AI responsibly are reporting lost revenue, lost customers or even legal fines and lawsuits.

The world’s leading AI in medicine summit, Intelligent Health, has announced its debut in Montréal at World Summit AI Americas in partnership with SAIIL.

SAIIL, the Surgical Artificial Intelligence and Innovation Laboratory in the Department of Surgery at Massachusetts General Hospital focuses on the use of artificial intelligence to reimagine the way surgery is performed. 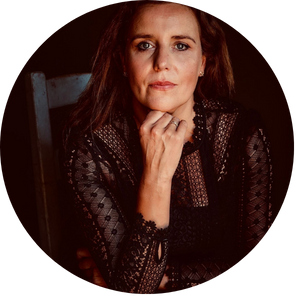 I have a vision: a brave new world built using the best of emerging technology, science…and love.

When I was a child my mother consistently encouraged me to ask the question “But, what if?”

What if things do not have to be that way? What if the outcome could be radically different?

What if what everyone else is saying is real is actually not?

In 2023, InspiredMinds are inviting you to join us in the “what if?”

An interview with Izabela Zrazinska, Senior Project Manager at FundingBox 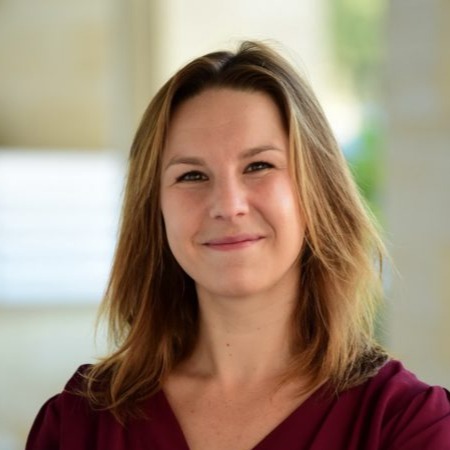 If you could solve any global problem in the world with AI, what would it be?

Revolutionize public funding for AI to foster AI innovation in Europe and reinforce industrial competitiveness across all sectors including SMEs and non-tech industries.
END_OF_DOCUMENT_TOKEN_TO_BE_REPLACED
0 Comments Click here to read/write comments

Hajo van Beijma, Founder of Atilax, is joining us as a speaker at World Summit AI on 12-13 October 2022 in Amsterdam. He will be talking about The Great Resignation and Tech's Talent Drought: Reimagining How and Why We Work. Below, you can read about the future of Machine Learning and Hajo's journey towards it.

Tech companies are all focussed on the same talent pools and while salaries in Europe are getting closer to the silicon valley way of remuneration a lot of the searches for senior talent is outsourced to executive search firms. The recruitment firms that are winning the bids for best tech job searches are mostly firms who are proud of their enormous network but is the size of the network still the most important factor for success in helping grow tech companies and scale-ups and what can we learn from the animal world?

Coined by Robert Metcalfe, the inventor of Ethernet, Metcalfe's Law is often used to describe how tech companies have come to dominate the current business landscape. The law states that the value of a network grows by the square of the size of the network. So, for example, if a network has 1000 machines, its value would be 1,000,000.

It's a neat concept, but does it actually work in practice? Unfortunately, the simple answer is no, not most of the time. And in 2022, it's time to radically rethink how we approach networks.

The crux of the issue here is around the word "value" and how value works in reality across different types of networks. When Metcalfe originally put forward his law, he was focused on phones and fax machines - tangible tech with wires. Tightly designed hardware and software (nodes) fulfil a specific purpose. The value of these nodes lies in the functionality they offer, and this functionality is fixed and unchanging. Each node has inherent value, so scaling these nodes up adds more value1.

Although "value" is a relatively vague concept in itself, it becomes even trickier when considering networks of people. Although Metcalfe later expanded his theory to include people, the connections between users, and how people collaborate and influence each other, this is where the law starts to fall down. Why? Because networks of people work very differently.

When considering social networks, it becomes clear how additional users can negatively affect value - extra noise or "low quality" content can drown out the intended communication23.

So what does this mean for how we approach networks of people going forward? Well, Metcalfe's Law might not provide all the answers, but the animal kingdom might. By studying the mathematics of animal populations like Meerkats, we can gain a unique insight into how the life cycles of networks work.

Population size, density, availability of resources, and overall fitness are critical factors in the health of Meerkat populations. So, for example, Metcalfe's Law would suggest that having more meerkats in a group would increase value (enable the population to thrive) exponentially.

The Future of Headhunting for Scale-Ups

So, how does all this talk of meerkats relate to scale-ups? First, companies entering a rapid growth period need to attract high-quality talent to accelerate their success. And they pull that talent from the available networks of people. The value of these networks lies in high-performing individuals and their participation in the network.

Today, much of recruitment is still done manually, and as a result, it's subject to individual biases and human error. Try to not only focus on the size of your network or the network of your preferred executive search firm but look for smart and powerful links inside networks and between different networks. This work is difficult to leave up to human beings alone and there is a better way - recruitment in combination with machine learning (recurrent neural networks). Successful long-term talent strategies require a more scientific approach to headhunting, act as a meerkat - An intelligent, social animal that looks beyond the obvious (candidates) and is focused on working in teams.

Join Hajo and the global AI community at World Summit AI 2022.
Find out more and book your ticket at https://worldsummit.ai/tickets/ 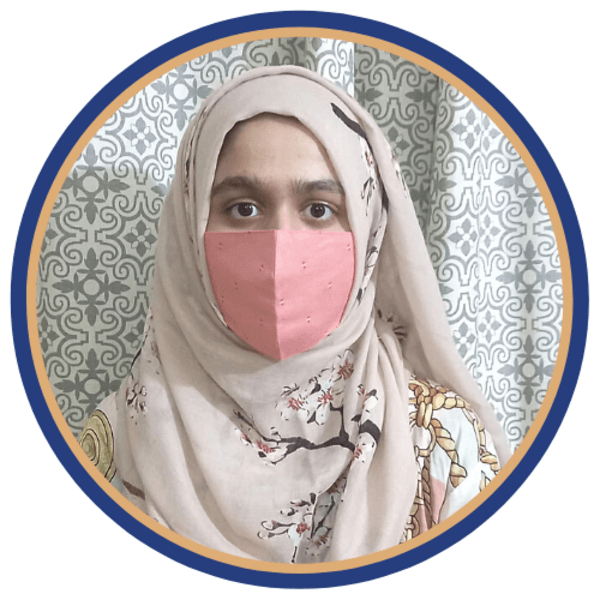 By now, you will have seen the awful news from Pakistan, where 1,400 people have lost their lives. Pakistan also happens to be home to part of the World Summit AI team, with even more of our friends and community suffering as a result of the ongoing climate catastrophe.

16 year-old Amna Habiba, founder of BloomED Foundation (formerly Global Creative Hub) and a member of the World Summit AI 2022 speaking faculty, is one of those friends who has been affected by the floods. We are right behind Amna - here is what she had to say about the ongoing crisis, and an appeal to you, the InspiredMinds! community...

"Climate disasters prevent girls and women from accessing their basic rights in accordance with the UN SDGs including education, economic growth, nutrition, etc. The floods in Pakistan have brought all hopes for educational empowerment for young women back to square one. I am devastated to see the girls that my organization has worked with, share pictures of the drastic impact to their communities including collapsed homes, flooded roads, and lack of access to basic necessities required to live.”

Amna has launched a fundraiser to help these communities in need, both by directly supporting them and also donating to trusted foundations working with communities impacted. All funds that Amna raises will go into supporting verified sources. She will keep us all updated with photographic evidence via her campaign page, which you can find here:

“This is a difficult time for not just me and my family, but also for the millions of people who call Pakistan their home. Please help out with whatever support you can, no matter how small it is."

The floods are also impacting our planet far beyond Pakistan's borders. Outside of the Polar regions, Pakistan hosts the most glacial ice (over 7,000 glaciers) and it is melting rapidly.

Communities like those at BloomED Foundation and World Summit AI are constantly on the hunt for answers to the climate catastrophe. This October, we are taking the fight to Amsterdam for AI driven solutions that support communities in Pakistan and beyond. We are proud that Amna is at the heart of this work.

If you can support Amna's efforts, please click here. If you have solutions to the ecological disasters facing our planet, we want to see you in Amsterdam.

With love and thanks,

An Interview with Sako Arts, CTO and Co-founder, FruitPunch AI 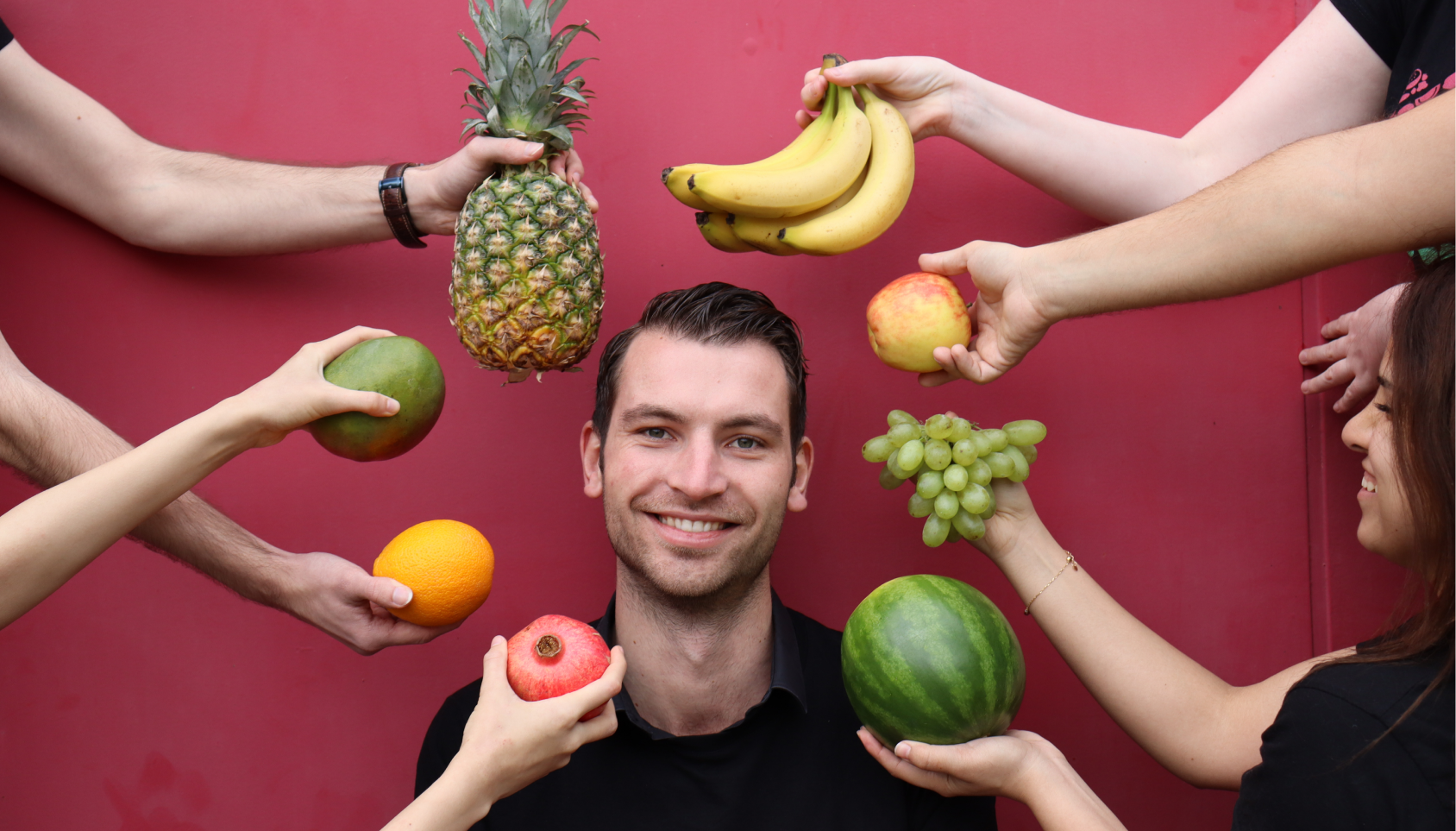 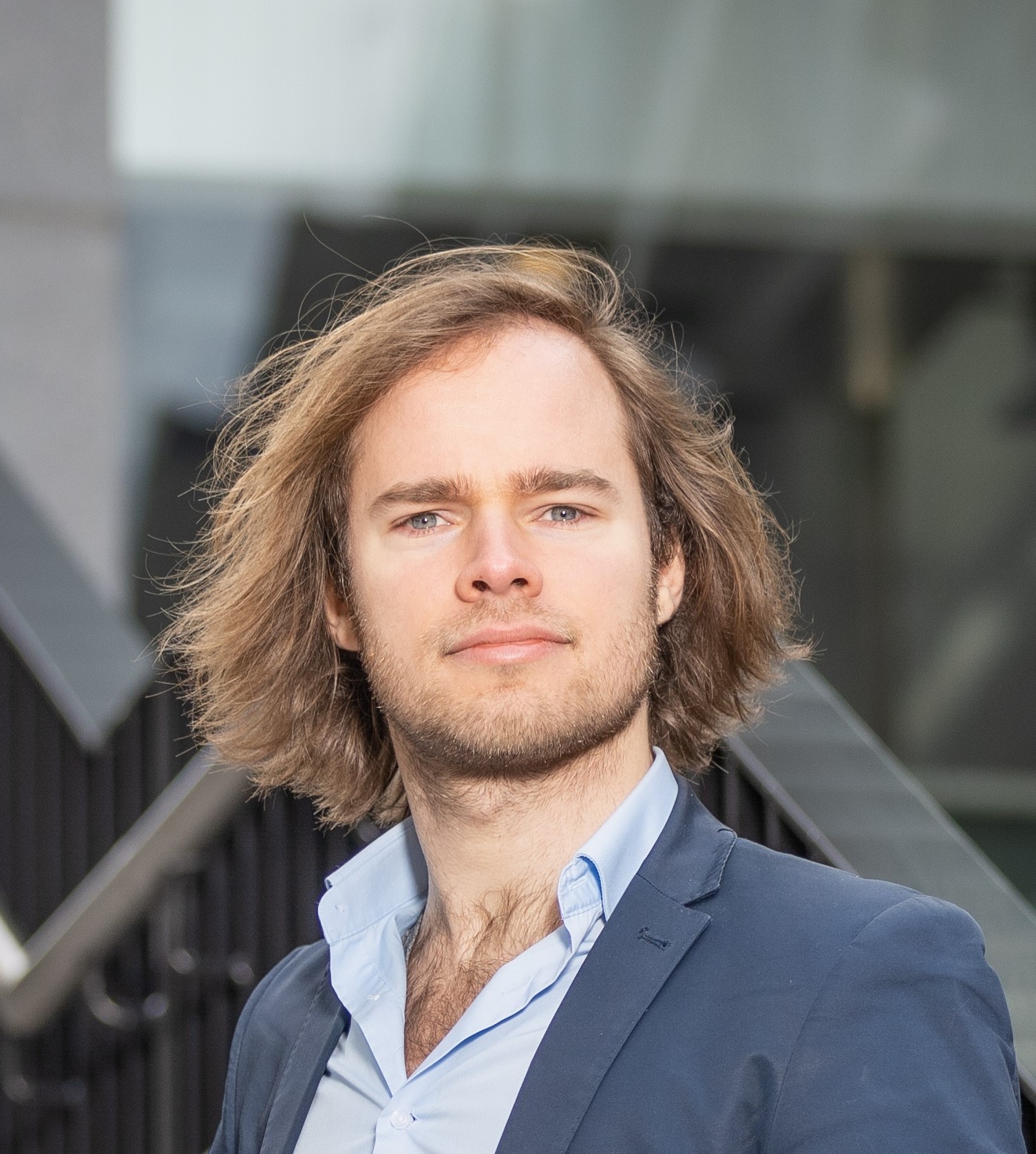 If you could solve any global problem in the world with AI, what would it be? 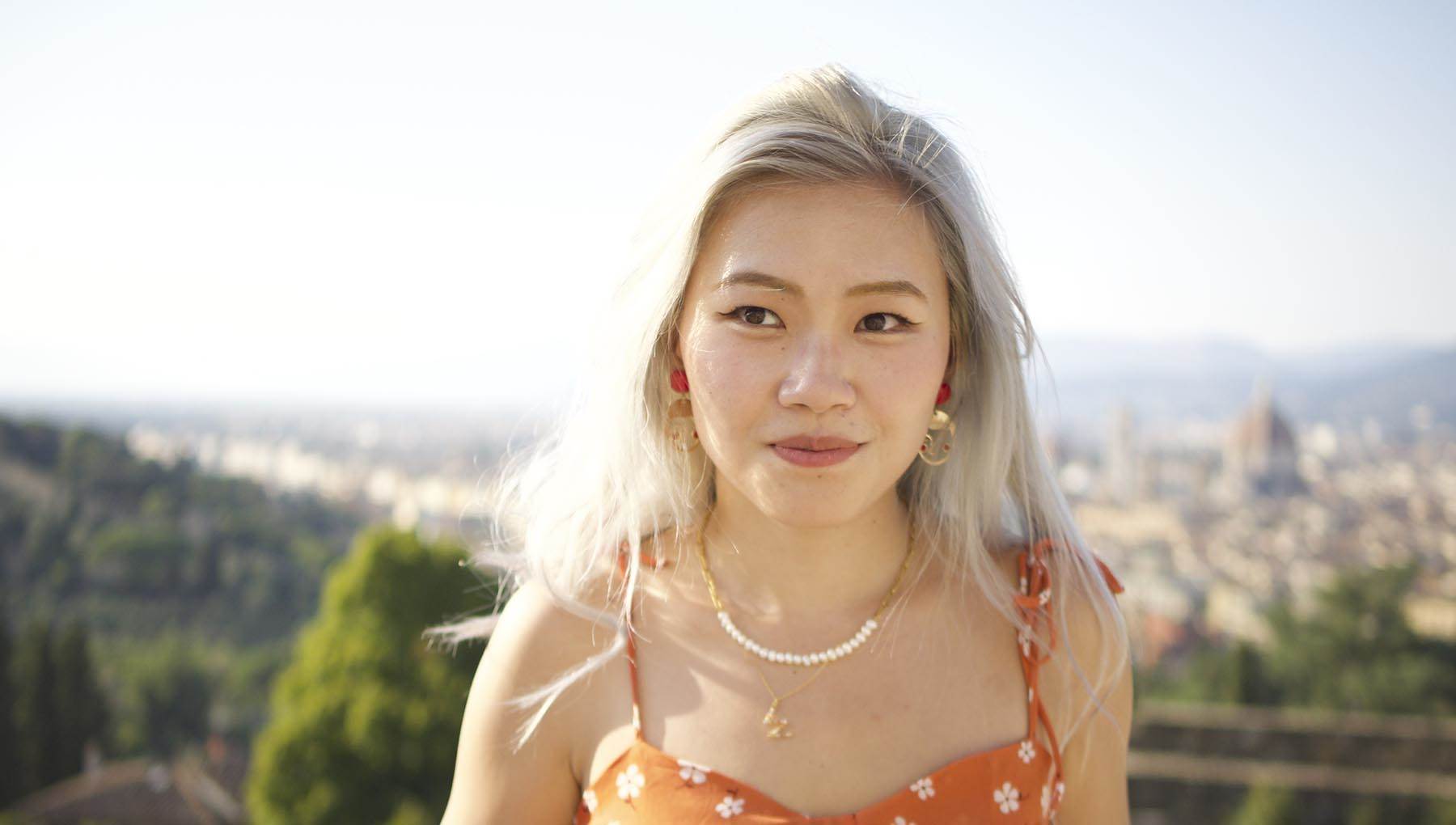 Layla Li, CEO, KOSA AI will be moderating a Panel Discussion at World Summit AI 2022, Amsterdam Noord taking place on 12th and 13th October 2022 at the Taets Art and Event Park, Amsterdam Noord.
If you could solve any global problem in the world with AI, what would it be?
Climate change and social justice because we only have one earth, and our resources should go to protecting the planet and the people living in it.
END_OF_DOCUMENT_TOKEN_TO_BE_REPLACED
0 Comments Click here to read/write comments